Our initial plan was to purchase food and supplies for their urgent needs during this crazy time of trying to figure out what their next step would be.

After meeting with several Ukrainian families, we discovered some of the complexities. We found that the families were isolating themselves and stressed that they couldn’t read the Roman alphabet. Nor could they understand even the basic Romanian spoken language as Romanian is Latin based and Ukrainian is Slavic based using the Cyrillic alphabet. Nothing they would say or even write on a piece of paper could get them any help or make themselves understood. They were left with hand signals and gestures to communicate. Most of them are younger with children, many with older mothers and grandmothers, who have all left their husbands, fathers, and brothers behind in Ukraine to fight the war. They are feeling very alone and vulnerable. For the most part, they just want to curl up, lock the door, and wait to go home. A very hard place to be emotionally.

So, we asked ourselves, do we just buy them food and deliver it, hoping that we bought something close to what they like or know how to cook. We wondered, are there any allergies we need to be careful about? The list started to get longer and longer.

Coreen got the idea: Why don’t we just give them pre-paid grocery cards. They have those now in Romania and it would be a very easy and healthy thing for the refugees to get out, go shopping, buy what they need, how and when they want, knowing everything that their children need, like, dislike, or are allergic to, etc. It was instantly clear to us that this was the most efficient and practical way to approach the situation.

Our Medical Coordinator, Cornelia, worked for several days with a translator, calling all the families, getting their personal data and creating a signature roster to stay within all the local and international regulations for distributing donated funds to beneficiaries. By the end of the week the cards were purchased and we were ready to go.

We organized days, times, and places to meet with over 100 Ukrainian refugees in parks where the children could play while we worked on the prepaid grocery-card distribution. Coreen brought candy for the children and I wore a bright yellow vest so they would know who I was. And so the hand gestures began, but this time there were similar words like PASSPORT which made it quick and simple. The Ukrainians had never met each other and within minutes were conversing with each other which was such a sense of relief for them that they could express themselves in their own language, talk about the war, tell about their experiences, which village they came from, who was left behind.

There were many stories, many tears, hugs, and so much emotion. It was very difficult to keep from constantly tearing up when the emotion became overwhelming. Coreen noticed two little girls who were playing together. She pointed at one of them and reminded me that she was one of the little girls we had met some days before at the apartment of one of the Ukrainian families. The little girl was so depressed and discouraged at that meeting, and now, she had met another little girl her own age that spoke her language. A new best friend. They laughed and screamed as they ran around the playground together. It was so heartwarming to see. An older lady came up to Coreen and in a very broken English said to her, “I never, in all my life, thought there would be a day when I would be standing in a foreign country receiving such generous help from someone I don’t even know.” The lady started to tear up, and the turned away and walked towards a lonely tree in the park, facing away from us, and started to cry for a few minutes. When she gathered herself back together, she came and hugged Coreen affectionately.

Our original goal was to identify and help 100 refugees for at least three months, but in the midst of our activities, we received a message from a friend of ours in another town on the Black Sea. Someone we have known for over 25 years. He is now a pastor and his church has rented a pension with space for 100 refugees for the next year. He asked if we could help in any way. We are working out the details for that and have already started purchasing pre-paid cards for another 100 refugees.

We can’t guarantee that we can keep this up for any length of time. As the donations come in, we keep going!

Our goal is to help as many refugees as we can for as long as we can.

Thank you for being such an important part of this emergency aid! 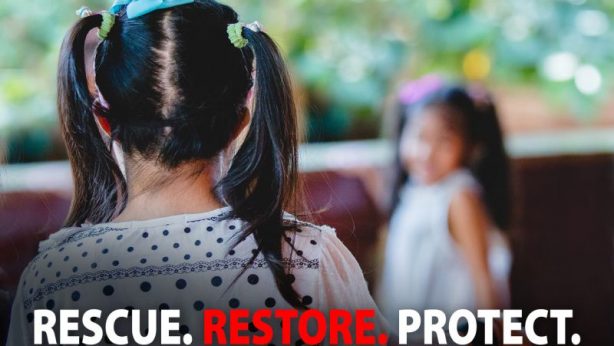 We first met Lily (not her real name) while visiting a local village in Cambodia. We could see burn marks and scars all over her face and...